You are here: Home / News / hereford 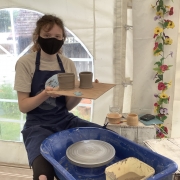 Lauren, a student at Hereford Art College (HCA) joined us for a week of work experience.

As well as joining one of our Introduction to the Potter’s Wheel classes, she assisted with glazing, packaging customers work and re-claiming clay.

Lauren is considering a career in ceramics and was considering applying to Cardiff Metropolitan University to study the craft. Here’s her art Instagram account. 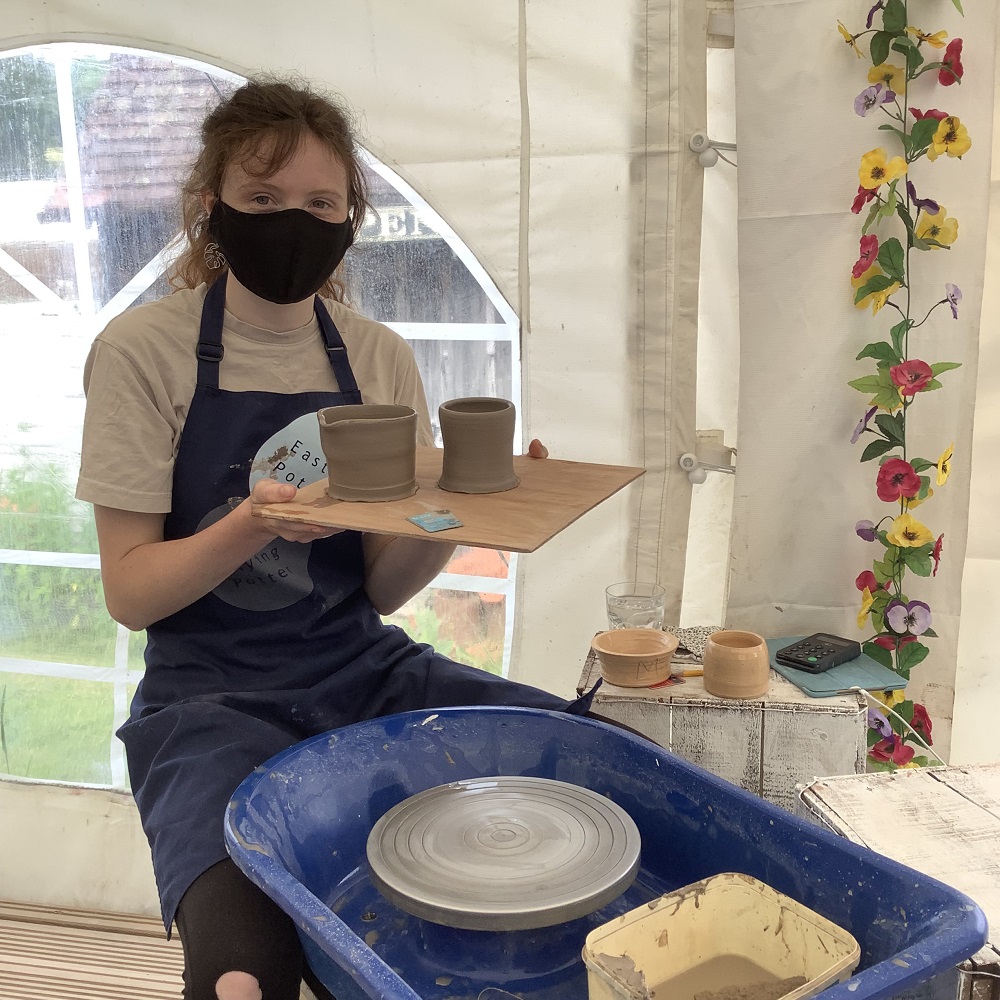 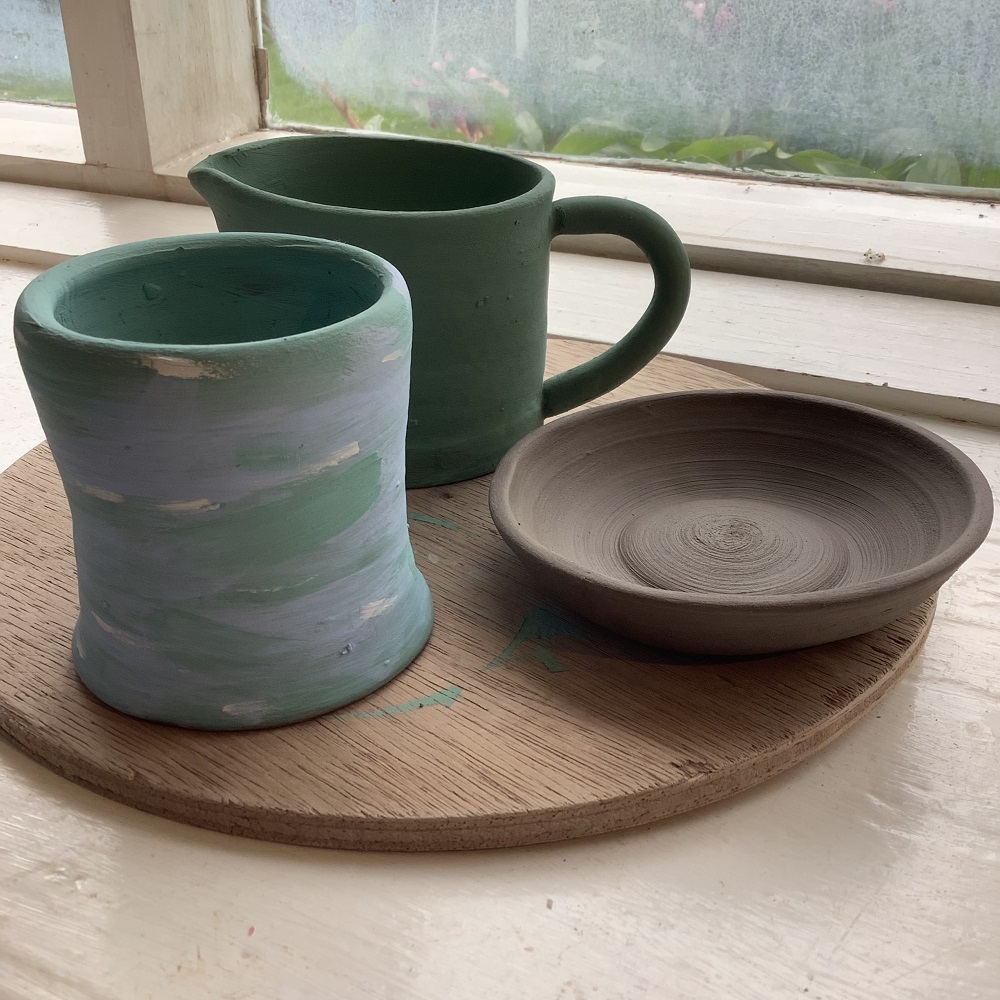 If I was to name a community arts practitioner who I greatly admire for her work with young people, it has to be artist drama practitioner Toni Cook. Time and time again I’ve witnessed Toni work her magic with groups, using a mix of performance, wit and humility to build massive levels of confidence in the young people.

I’ve been fortunate to have collaborated with Toni on several projects so you can imagine my delight on being invited to work with her again on a project initiated by Hereford Library service and SHYYP – a charity working with young homeless people or those at risk of being made homeless.

Although I only worked two sessions with a small group of young people in Ross on Wye Library, I was so impressed by the group’s creativity and confidence, I found myself, a few weeks later, in the Courtyard Theatre watching a performance by the same young people called ‘If you walked a mile in my shoes’

The moving performance told the individual stories of 14 young people, who shared their own true-life experiences through prose, poetry, songs, rap and film, describing their emotions, questions of identity, making their voice heard and fight for survival.

It was brilliant! A testament, not only to the participant’s bravery but to the skillful facilitation of Toni and the other artists, organisations and youth workers involved. Well done everybody! 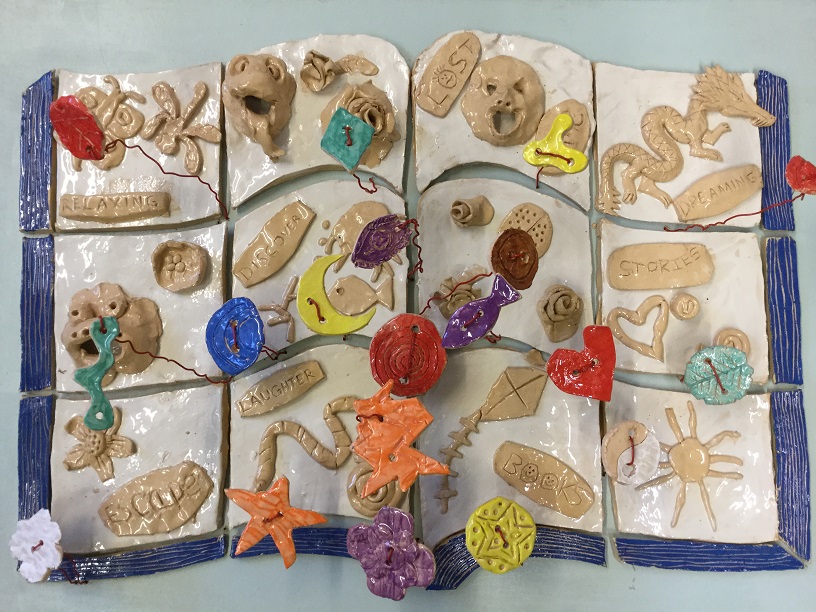 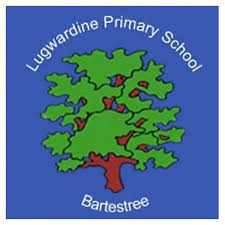 The Flying Potter landed at Lugwardine Primary School near Hereford just before the Easter break.

The school was celebrating all things arty and crafty in their annual arts week and pottery was just one of many art forms the children were encouraged to engage with over the five days.

Each year group was given a different country to inspire their clay work with each class making a collaborative terracotta planter encrusted with decoration associated with their assigned country. The Sydney Opera House on the Australian vessel was a particular stroke of genius!

The pots have been dried and fired at Eastnor Pottery HQ and returned to the school to take up permanent residence in their new sensory garden.

We didn’t manage to get a photo of the x7 finished terracotta pots before we delivered them (doh!) but…. they posted a lovely photo of the pots freshly made on their website: 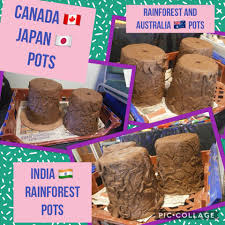 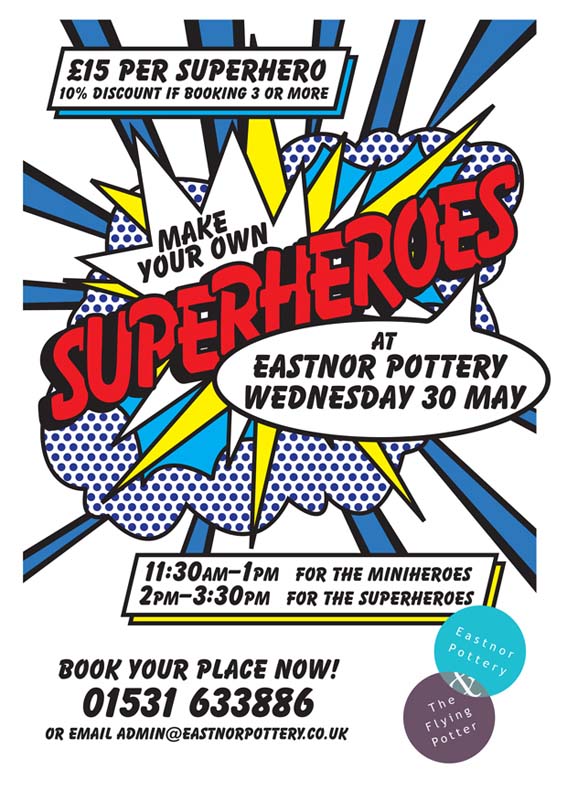 Children’s Pottery sessions in half term. Wed 30 May 2018

We are delighted to announce details of our fun and creative children’s workshop sessions scheduled for the approaching half term holiday.

Superhero is the exciting and inspirational theme.

It doesn’t necessarily mean we’ll be encouraging the children to make Marvel Comic inspired characters (although who can fail to be impressed by the powers of Ironman or The Hulk!) We’ll also be encouraging the young clay enthusiasts to consider Superheros closer to home. We’re thinking mums, dads, grandparents, teachers or some other figure they admire or look up to.

Once the children have modelled their superheros using a range of pottery making techniques, they will have the opportunity to paint their creations, there and then with coloured slips and underglazes.

The resulting work will need to dry thoroughly before it can be fired in the kiln. We allow approximately one month for this process and details of collection times will be issued on the day of the workshop.

1.5 hr sessions commence at 11.30am and 2pm and are tailored for two age groups: 4-8yrs in the morning and 9-12yrs in the afternoon. Although, these age ranges are not strictly adhered to as younger and older siblings are always welcome to participate on either session. 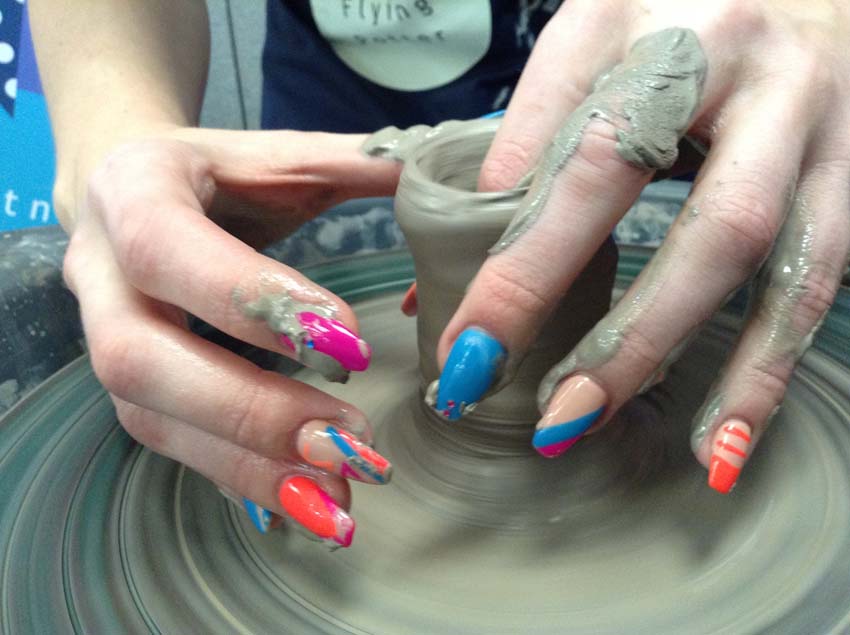 Photographic documentation is a key part of our practice here at Eastnor Pottery, particularly the Early Years and educational work we undertake.

Often a project will have a professional photographer assigned to record the clay creativity. Jon the potter has had the good fortune to work with some of the best photographers in the West Midlands and as a result has been influenced by their technique and approach.

The accumulated knowledge and experience paid off recently when Jon was compelled to enter one of his images in a competition organised by Hereford & Worcester Chamber of commerce. ‘Nail Art’ (above) won 2nd prize!

The brief was a simple one – submit in an image taken in the past 12 months at a Chamber event. ‘Nail Art’ was snapped by Jon at the Business Expo 2017 on the Eastnor Pottery & The Flying Potter stand where Jon and Ethan were encouraging delegates to try the potter’s wheel.