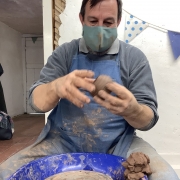 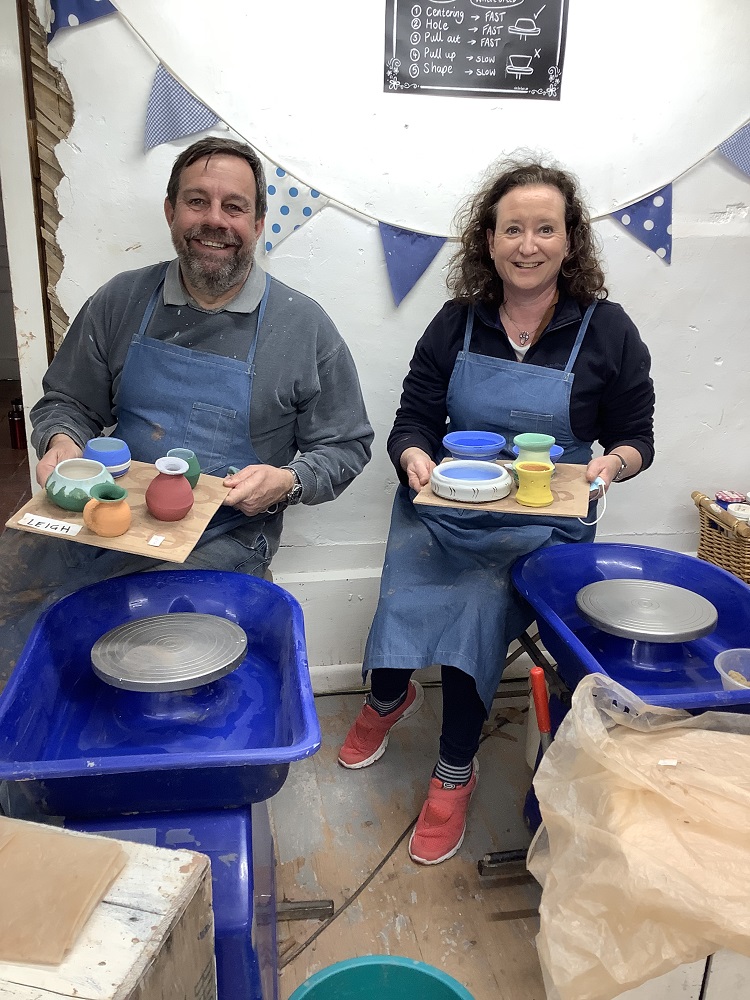 Say hello to Leigh and Kate who recently participated on one of our Potter’s Wheel Weekend Courses.

Once we got chatting, it was clear both were going to make excellent potters! Leigh practically has clay running through his veins…

His grandad had been one of the last ‘Firemen’ to attend to the very last bottle kiln firing in Stoke on Trent. In fact, when the kiln was decommissioned, Gladstone Pottery Museum asked him if he would like to be employed to fire their bottle kiln as part of their exhibition program. He naturally declined having spent a lifetime loading and unloading bottle kilns, it was the last thing he fancied doing in retirement!

Leigh’s Grandmother was employed as a packer for Beswick and his Aunty was a guilder for Wedgewood. 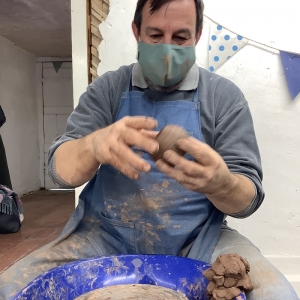 Kate grew up in Cornwall and has associations with the creative community in St Ives – home of revered 20th Century potter and writer Bearnard Leach.

No pressure then when they took to the wheels… 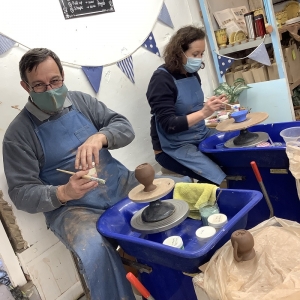 They certainly lived up to our expectations and took to the wheel like ducks to water. Oh, and it appears they are both a bit of a whiz with needle and thread too. They lovingly made their aprons especially for the weekend course. 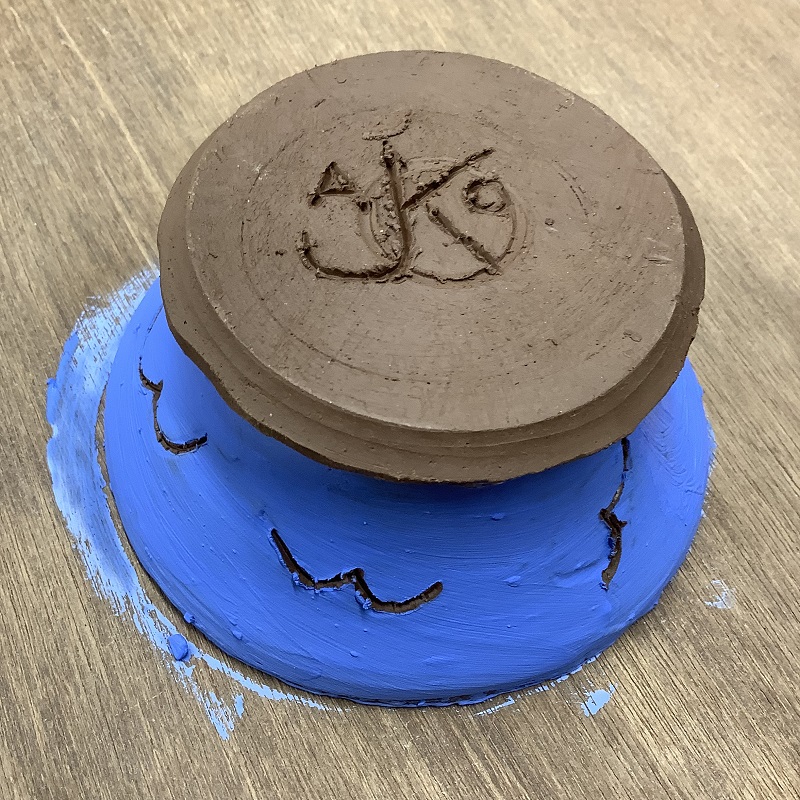 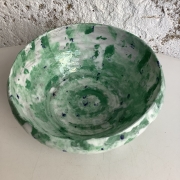 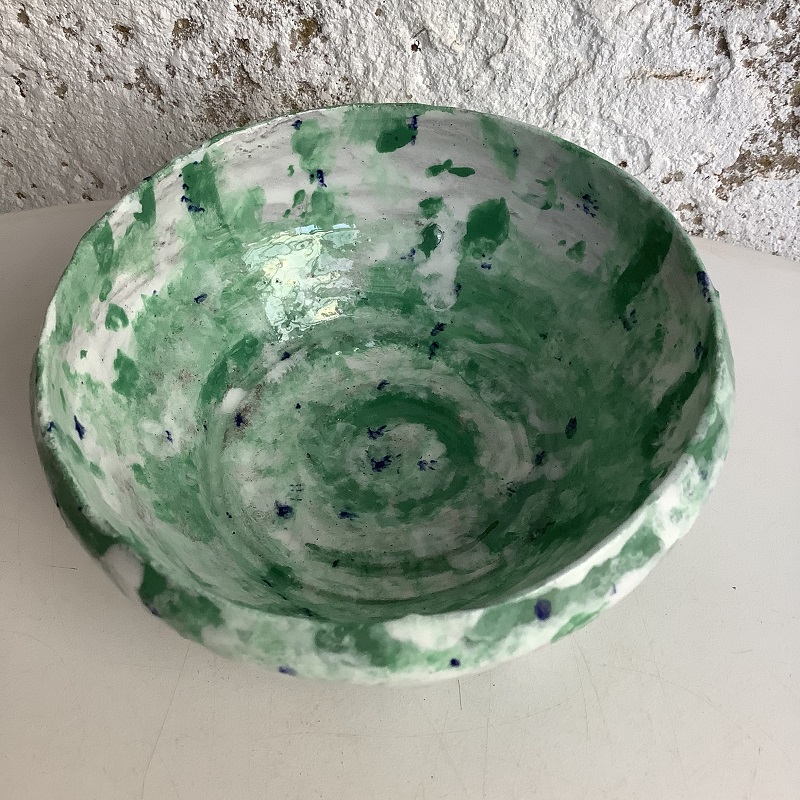 Results from a recent Potter’s Wheel Weekend Course. Fresh out the kiln and ready for dispatch. 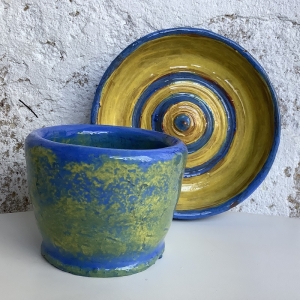 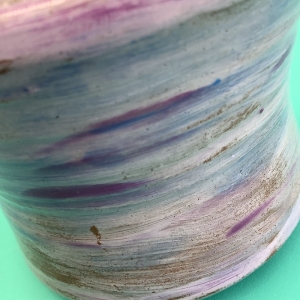 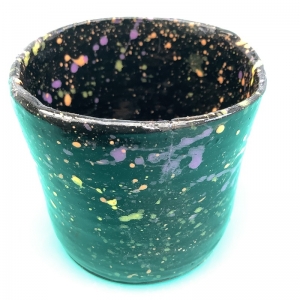 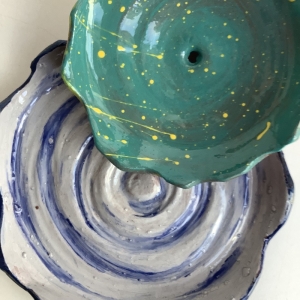 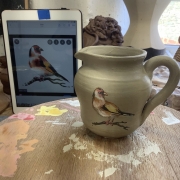 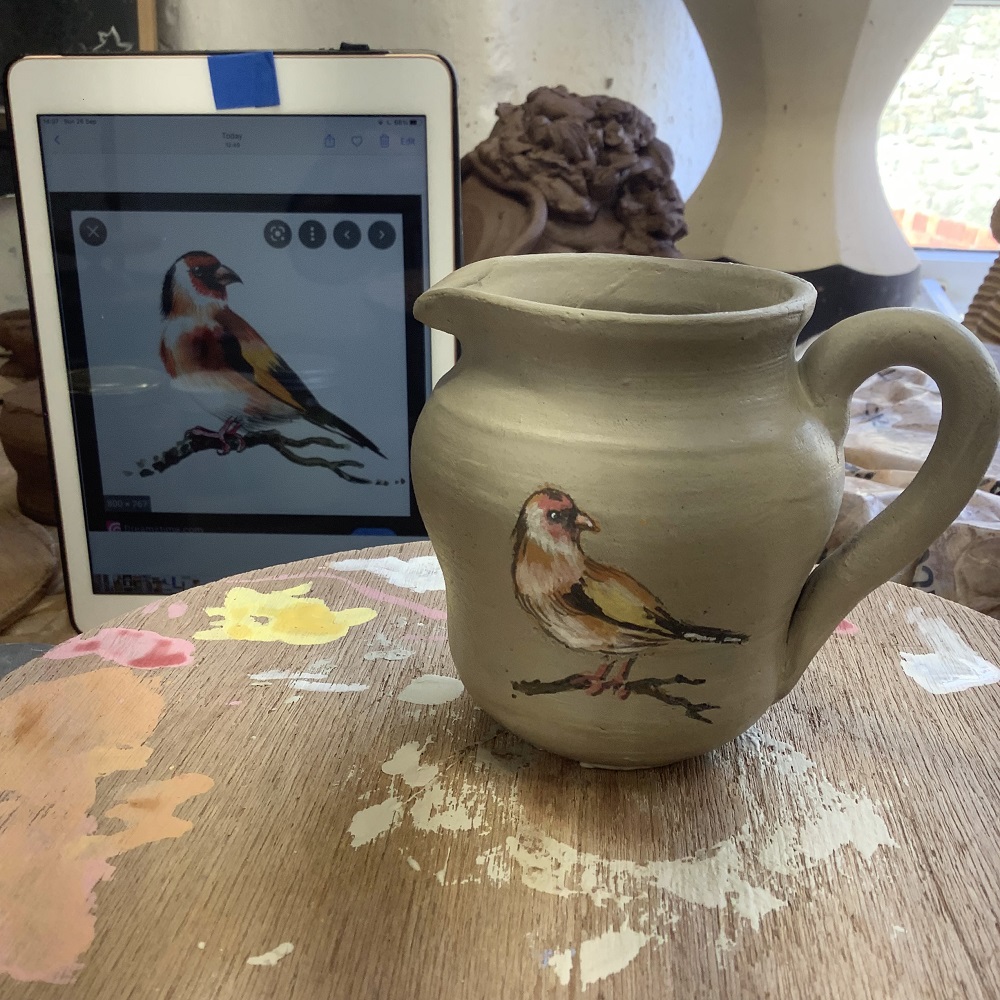 On day two of our Potter’s Wheel Weekend Course, you get to paint your pots made on day one.

We love the variety of decorative technique employed by the participants. Some people splash the colour on whilst others take a little more time with their painting. Top work Giles! 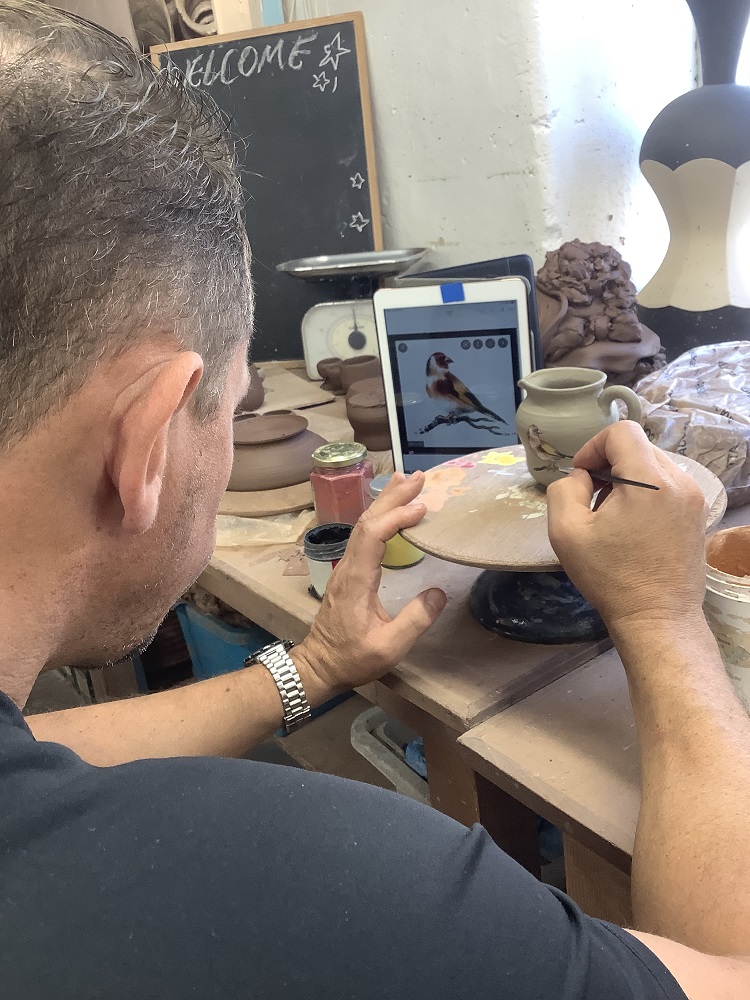 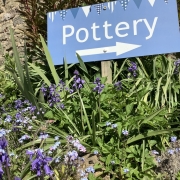 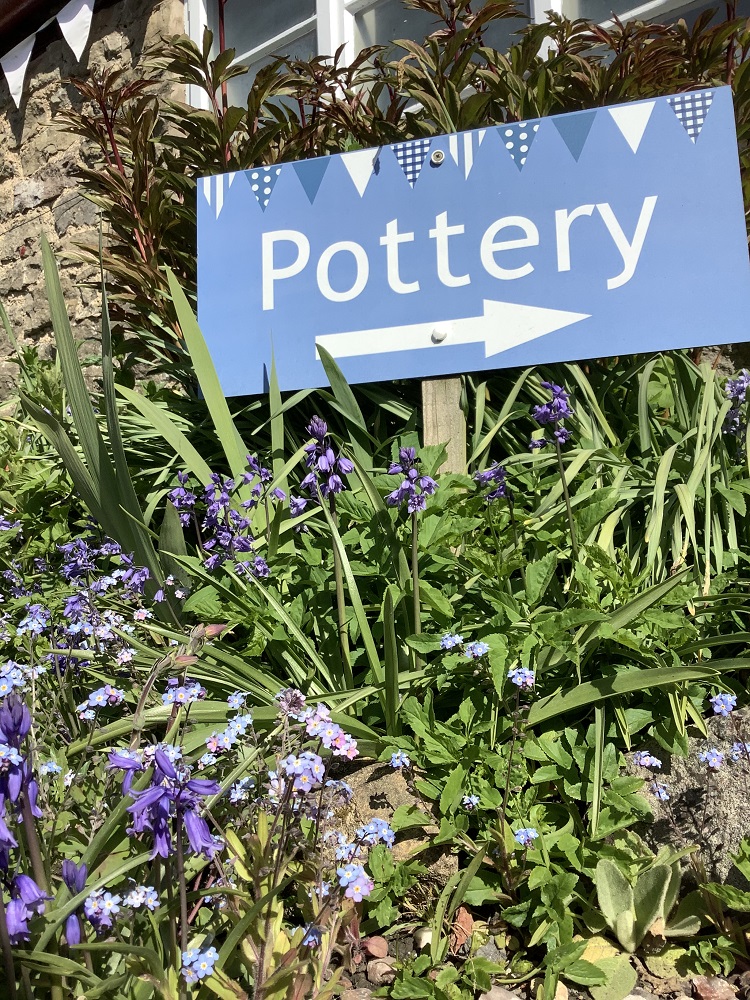 If you needed anymore proof of the power of pottery, please read Fran’s heartwarming review of our Potter’s Wheel Weekend Course.

My partner and I spent a weekend doing this course. My partner had experience (60 years ago) and wanted to renew his interest. I had no prior experience. Both of us thoroughly enjoyed ourselves. My partner has Alzheimers and finds it hard to concentrate. I was worried he would find the course confusing. I need not have worried. The friendly, genuinely warm and interested, approach of Jon and Sarah, the pace and attention they gave to all their students and the lovely environment of their studio helped us both relax. A delightful weekend which I would both wholeheartedly recommend and would like to repeat.

Thanks Fran and we enjoyed our weekend just as much as you did. 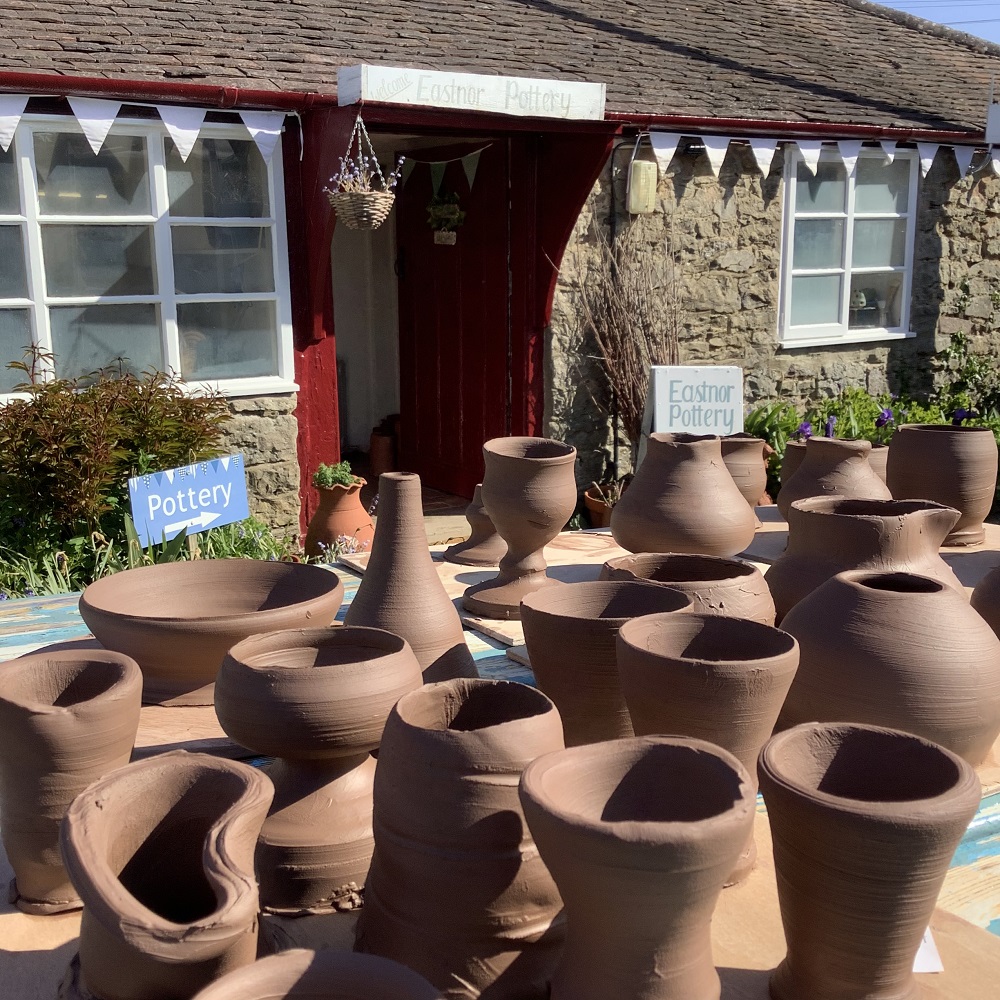 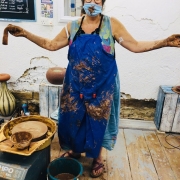 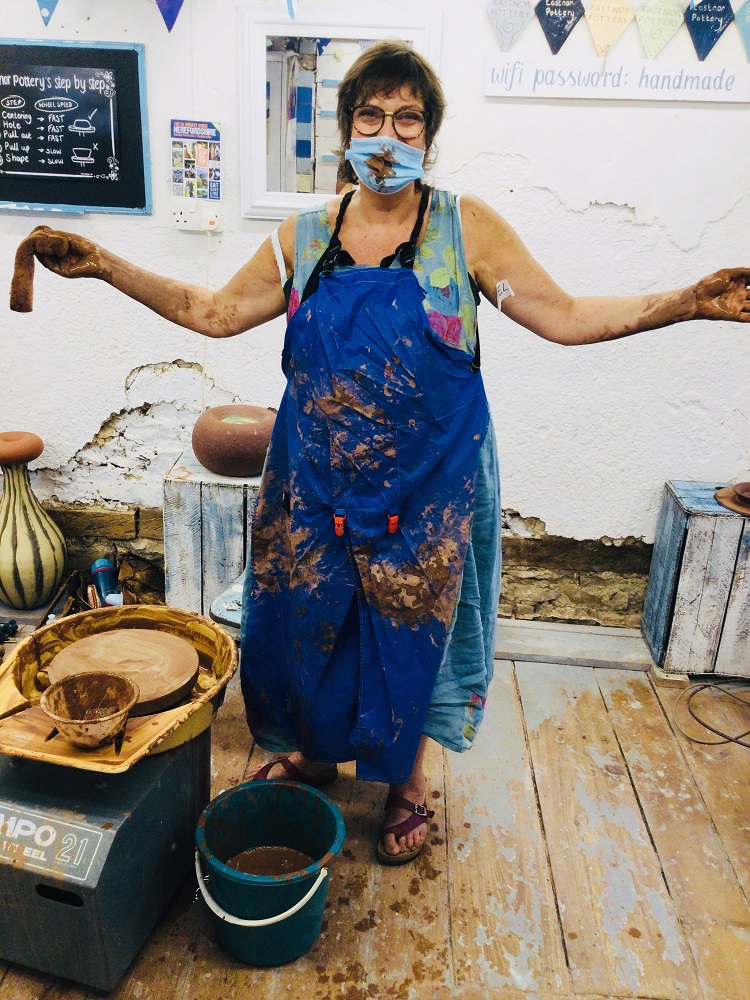 Perfect opportunity to be ‘the one’!

Details and how to book online.