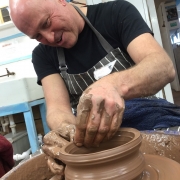 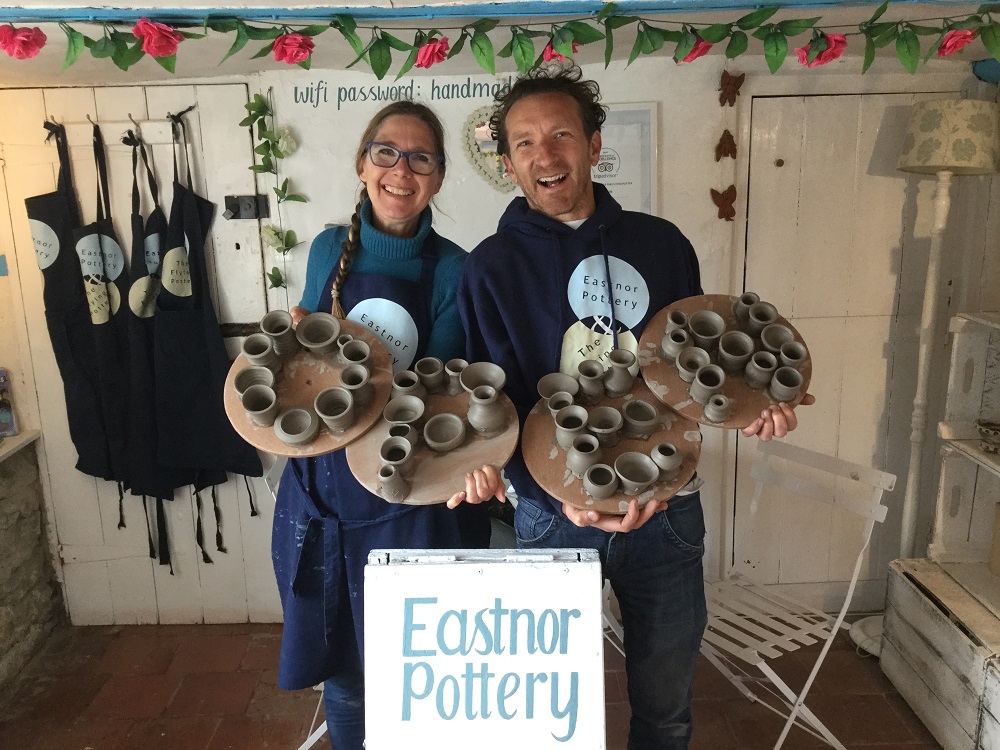 It’s been a long time coming but at last customers can book one of our fab pottery experiences direct from our website. Hurrah! No need to email, no need to pick up the phone – clay is just a click away!

The following experiences can be purchased via the website:

Groups of x7 or more participants qualify for a group discount but will need to contact the Pottery via our contact form, email or by telephoning 01531 633886.

Thank you to Mike @bookinghound and Chris @infinityunlimited… for all their technical support and for making the magic happen! 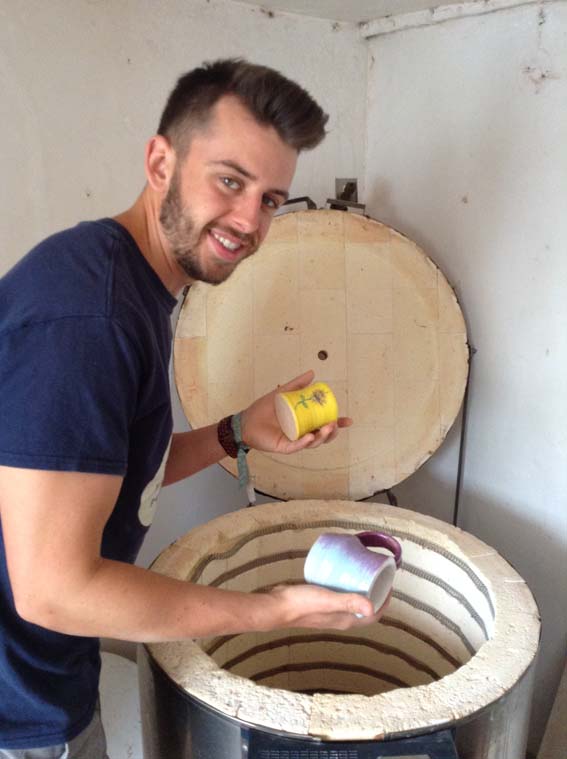 Some of customers over the past four years or so will remember throwing pots under the tutorage of one of our staff members called Ethan.

Ethan joined us in 2012 as a fresh faced Community Arts Apprentice having never thrown a pot in his life. As part of his training we encouraged him to spend at least an hour a day on the potter’s wheel perfecting his technique. In a short space of time he was proficient enough to work with our customers, and was so smitten with the clay, established a studio at home.

Such was his rapid development and interest in pottery, after he finished his year-long apprenticeship we were able to offer him full time employment as a workshop facilitator here at Eastnor Pottery.

Fast forward to April 2018 and Ethan has nearly completed the first year of a BA Hons Ceramics course at Cardiff Metropolitan University!

Throwing is still very important to his making and he’s been making some pretty handsome forms decorated by way of a technique called naked raku.

More examples of Ethan’s work can be seen here. 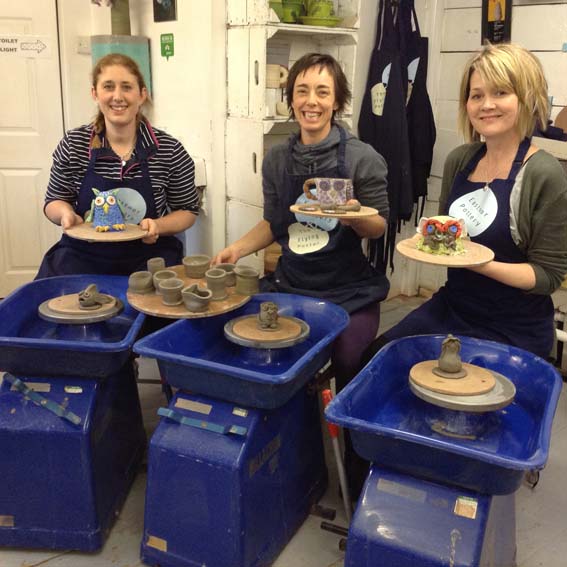 These three teachers from Dean Close Co-Educational Independent School in Cheltenham came and spent a day with us in November learning about clay and making techniques.

This is what they had to say about their experience:

“We all learnt so much and helped us to reinforce the basics whilst giving us the confidence to pass our knowledge onto the children we teach.

A highlight had to be throwing a pot! We all loved it and can’t wait to get practicing.

Sarah and Jon were so friendly and welcoming and their experience and knowledge was excellent. Thank you both so much.” 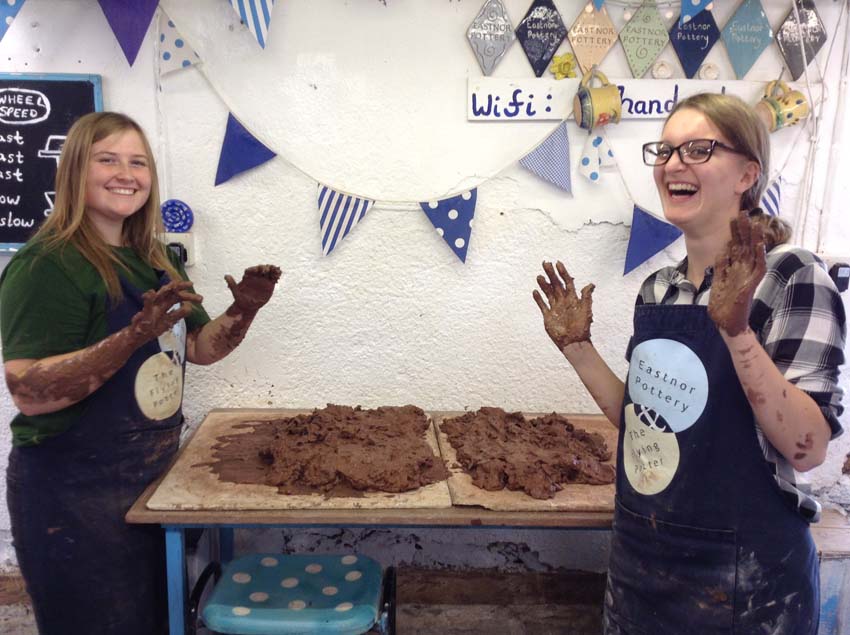 We are delighted at how well Aimee and Immy have settled into life here at Eastnor Pottery and the Flying Potter. In fact the pair are positively flying!

As well as all the wedging, fettling, kiln packing and cleaning, the girls have become very proficient at making pots on the potter’s wheel. So much so we haven’t had any hesitation in letting them share their new found talents with customers of all ages and abilities. 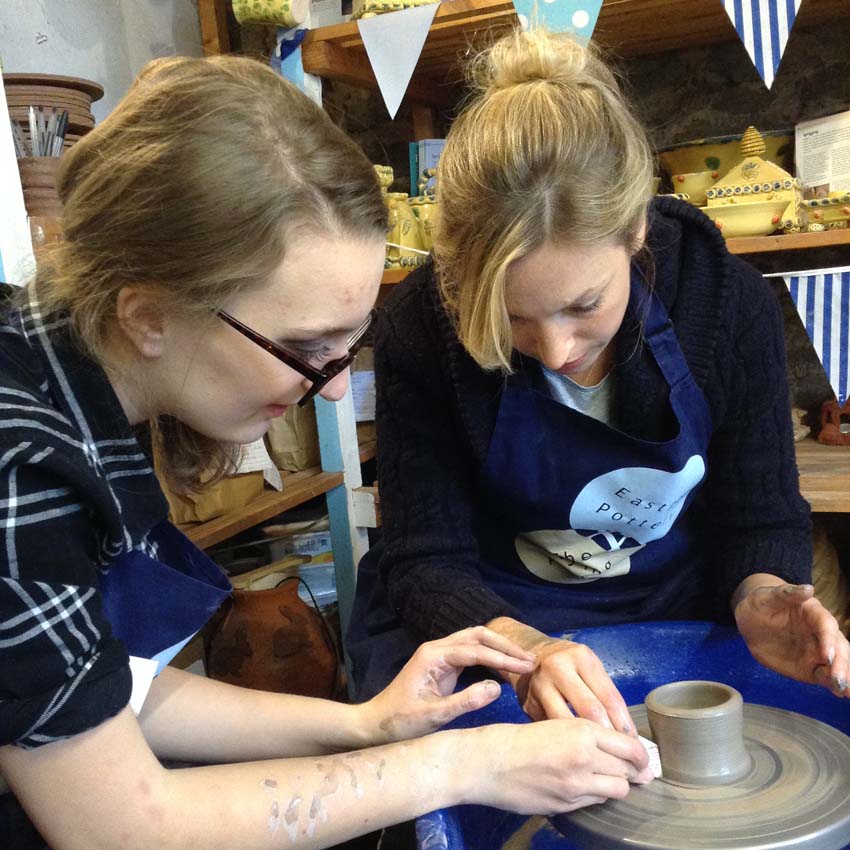 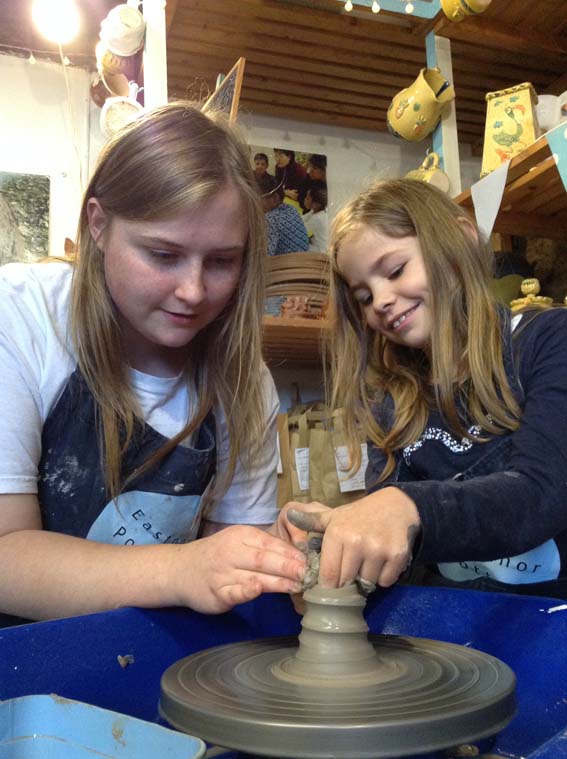 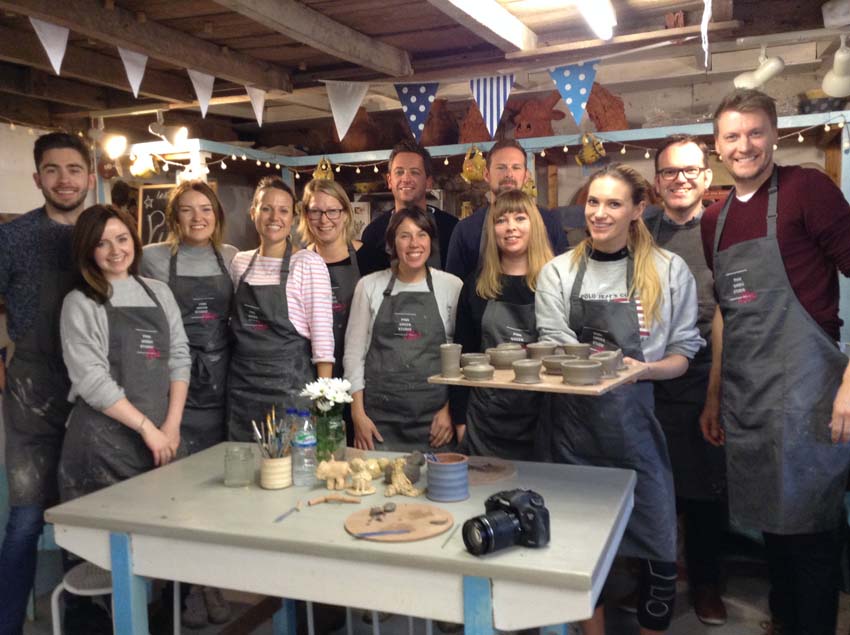 Pink Green celebrated their 11th birthday in a very creative and art inspired fashion here in Eastnor a few weeks ago. The Newbury based creative agency checked into the Pottery first thing to make a collaborative clay work before taking turns on the five potter’s wheels we’d supplied for their enjoyment.

Next, the team headed for Eastnor Castle for a spot of lunch and afternoon sketching, facilitated by OldAshArt

If you’re planning an away day or breakout session and would like something challenging and creative to do, then why not take a spin on the potter’s wheel and discover your inner potter.

We have off the peg packages starting at just £15 per head but also have the flexibility and creative flair to tailor a project to suit your company’s requirements.

Please give us a call to discuss your special organisational make! Please tel 01531 633886 or email admin@eastnorpottery.co.uk and ask for Jon the Potter. 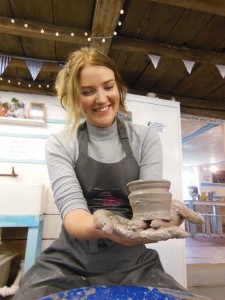 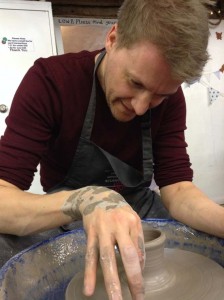