You are here: Home / News / exhibitions

Look out! there’s something lurking in the rhubarb patch at Kingham Lodge. 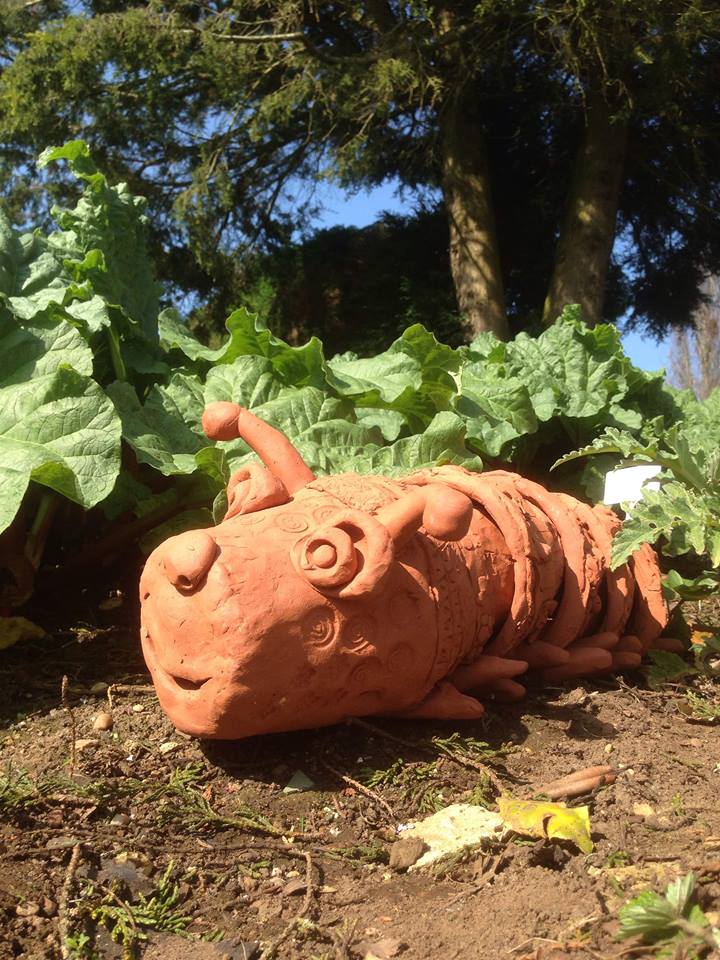 These fabulous terracotta creepy crawlies were made by five Oxfordshire primary schools earlier in the year. Jon the Potter was commissioned by Kingham Lodge to co-create the artwork with the children to be exhibited in the Sculpture at Kingham Lodge exhibition He spent a half day in each school working on the collaborative insects.

The schools who took part:

The children’s work can be seen alongside sculpture made by professional artists in the beautiful gardens set in the heart of the Cotswolds. The show runs from Saturday 5th May – Sunday 15th May. Open 10am – 5pm daily. 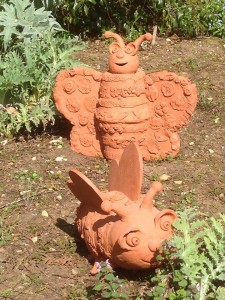 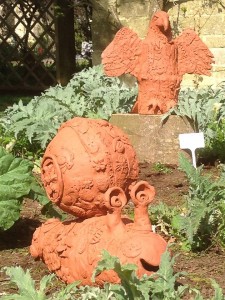 We’re delighted to be working in partnership with Sculpture at Kingham Lodge in Oxfordshire.

Over the past few weeks, Jon has had the opportunity to collaborate with schools local to Kingham, working with staff and children to make a range of collaborative terracotta sculptures.

The pieces are destined to be exhibited alongside professional sculptures created by renowned artists in the beautiful gardens at Kingham Lodge. The show opens 5th – 13th May 2018. 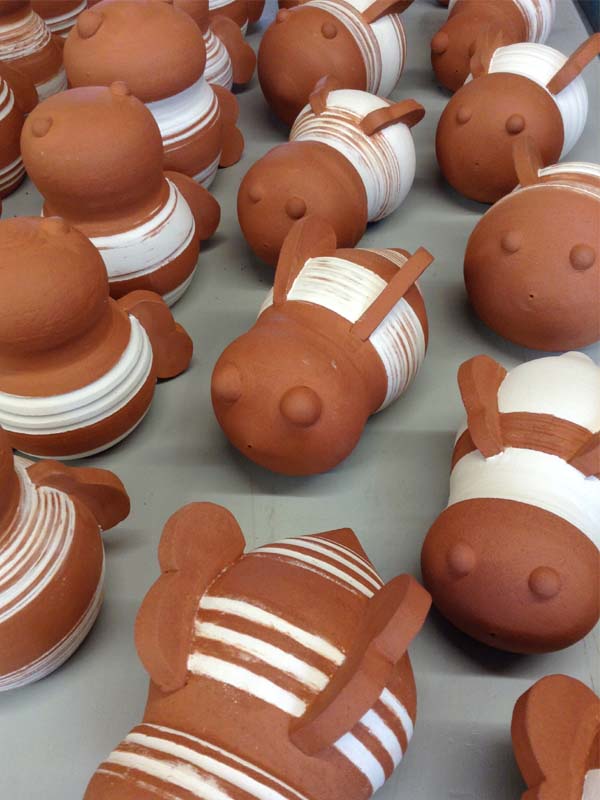 Back in the depths of Winter Jon was approached by Creative Black Country to contribute a work of art for a field of ceramic flowers, being ‘grown’ by community groups in West Bromwich and the surrounding area.

He submitted several ideas, but the one that really captured the imagination of CBC was a swarm of touch sensitive ceramic bees that buzzed when handled.

Jon’s practice is interactive and playful and the more layers of engagement the better. FAB LAB were the technology collaborators on this occasion with the outstanding problem solving capabilities of Anne Scrimshaw playing a huge part in the project.

The bees are a development of his work on the Random String project with Ludicrooms and a more recent collaboration with creative technologist Ashley James Brown.

The bees were also featured on BBC Midlands today. 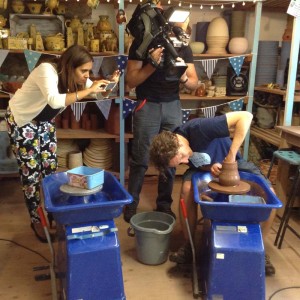 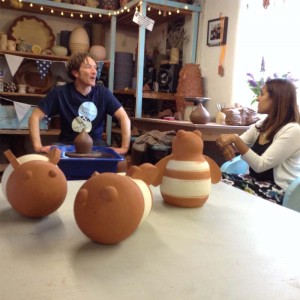 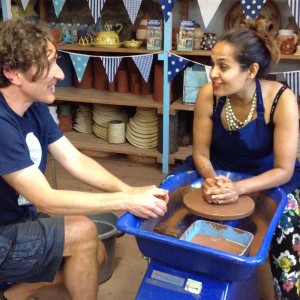 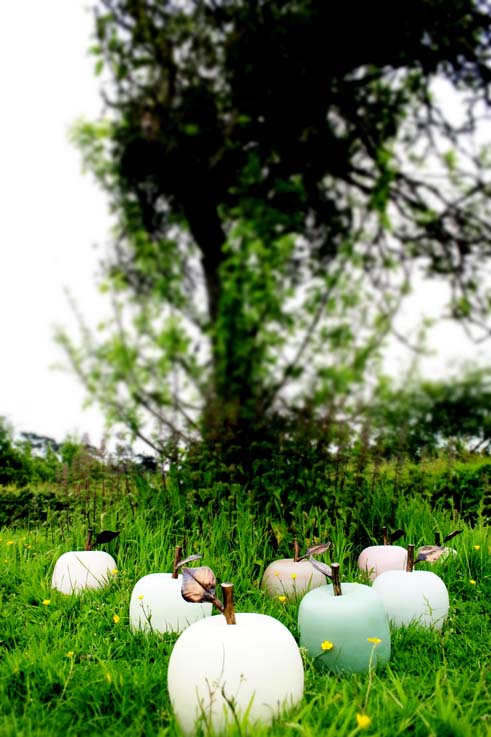 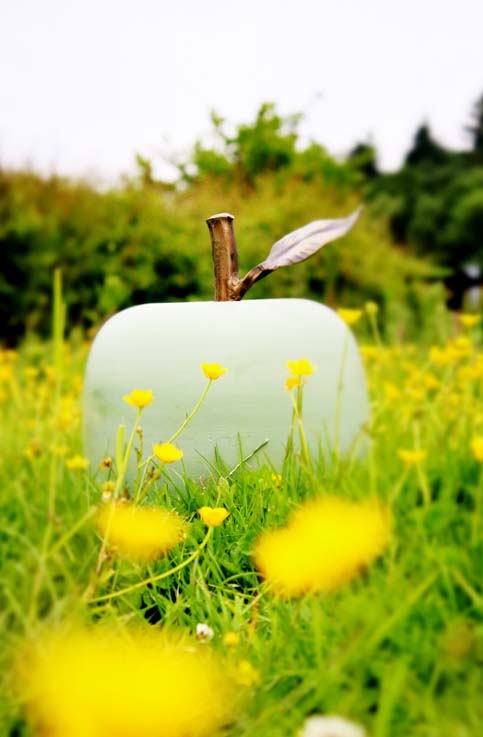 Craftspace is celebrating its 30th anniversary of Made in the Middle, an exhibition event celebrating emerging and established contemporary craft makers across the Midlands.

The exhibition which began life as the ‘West Midlands Crafts Open’ in 1998 and 1991, has been a constant element in Craftspace’s programme across these 30 years.

Some makers have taken part once, some several times. Jon Williams has been selected a couple of times to take part and has played a role in delivering the social engagement programme connected with the exhibitions.

In the lead up to the eighth Made in the Middle, to take place at the end of 2016, Craftspace has launched a website dedicated to the history of MITM and the people involved in it.

Jon also gets a mention in the introductory essay by Louise Taylor, linking to a short video of his work. 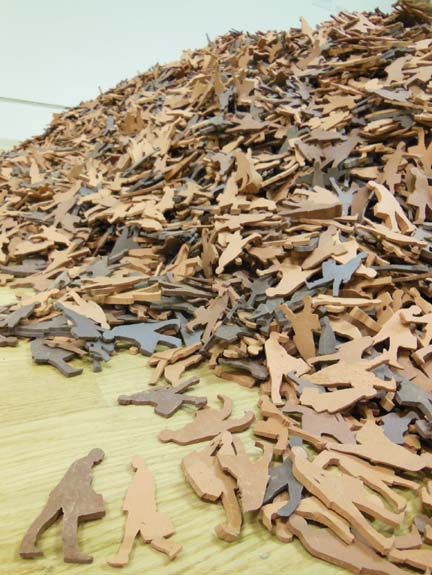 Brilliant contemporary ceramics exhibition at Wolverhampton City Art Gallery by makers who choose to work on a large scale.

As part of the exhibition launch on Saturday 20th Feb, Jon took x4 potter’s wheels along for visitors to take turns on.

Phew, what a busy day! Punter’s were queuing up around the block and Jon and his intrepid team of undergraduates from Wolverhampton Uni potted on through lunch to ensure everybody who wanted to sample the delights of the potter’s wheel did so.