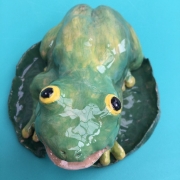 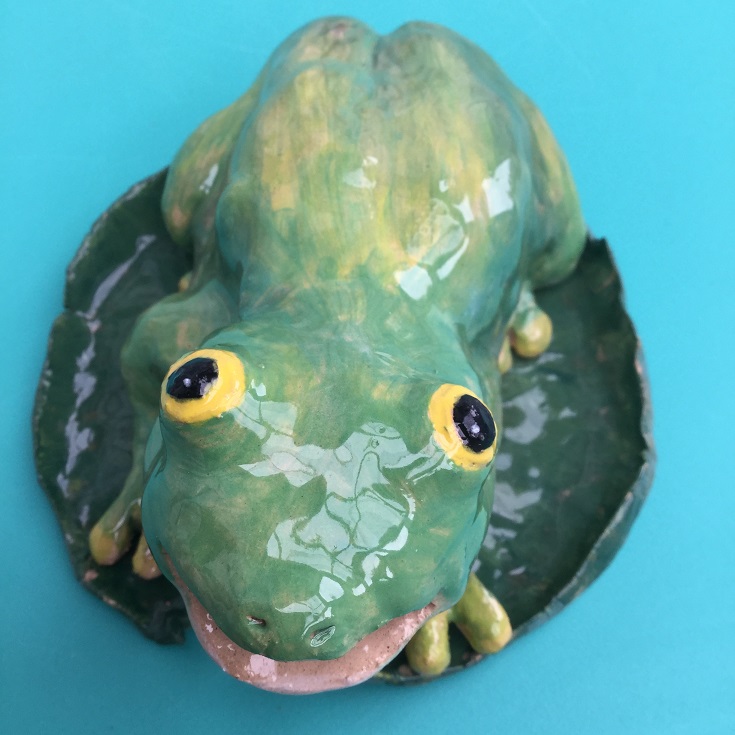 Hats off to the maker of this ceramic masterpiece – probably one of the best hollow creations we’ve ever set eyes on here at Eastnor Pottery. The customer or champion frog maker as he shall be known from now on, participated in our ‘Clay Modelling’ class where we show you how to make a simple hollow form using the pinch-pot technique. Participants are encouraged to turn their hollow form into anything they like, animal, mineral or vegetable!! The class costs just £20 per person and takes place daily, Tuesday to Saturday once normality has returned to these challenging times.

What would you make? 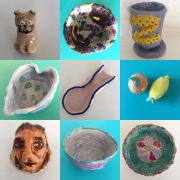 Check out these brilliant pieces made by a corporate client back in the Autumn 2019. 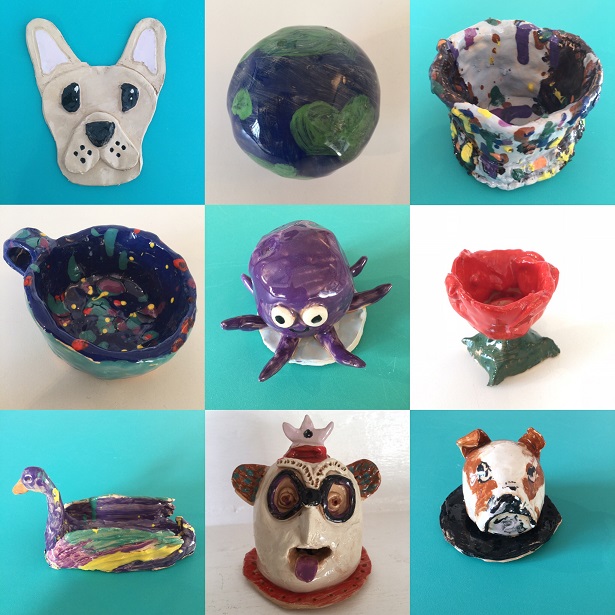 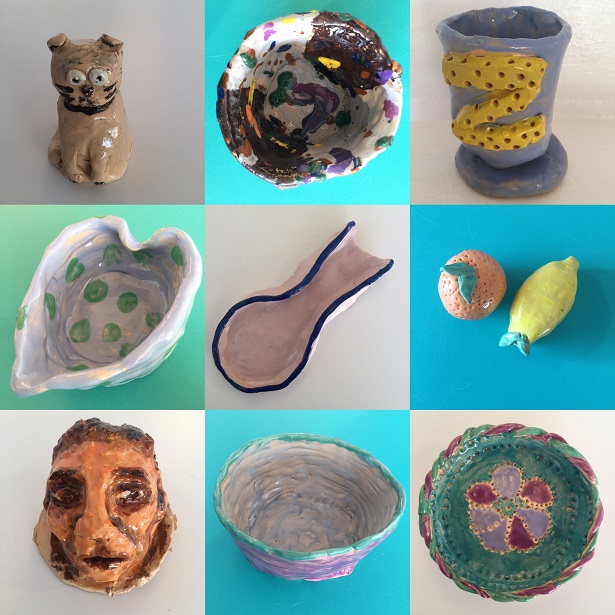 D3 Active hired The Flying Potter to provide pottery sessions to run alongside an impressive carousel of other teambuilding activities at a large scale event in Oxfordshire.

We worked with approx 120 employees in 1 hour long rotational groups of 30 people. It was a fun and creative day and everybody who participated made an individual ceramic sculpture.

The soft clay masterpieces were then transported back to Eastnor Pottery HQ, dried, fired and returned to the client to be treasured as a permanent reminder of a fantastic team event.

If you are looking for a creative teambuilding activity or a unique way to reward your workforce then please take a look at our teambuilding projects and away day opportunities. You can visit us at our studio on the beautiful Eastnor Castle Estate or we are very happy to deliver the Eastnor Pottery experience at a venue of your choosing. 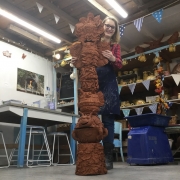 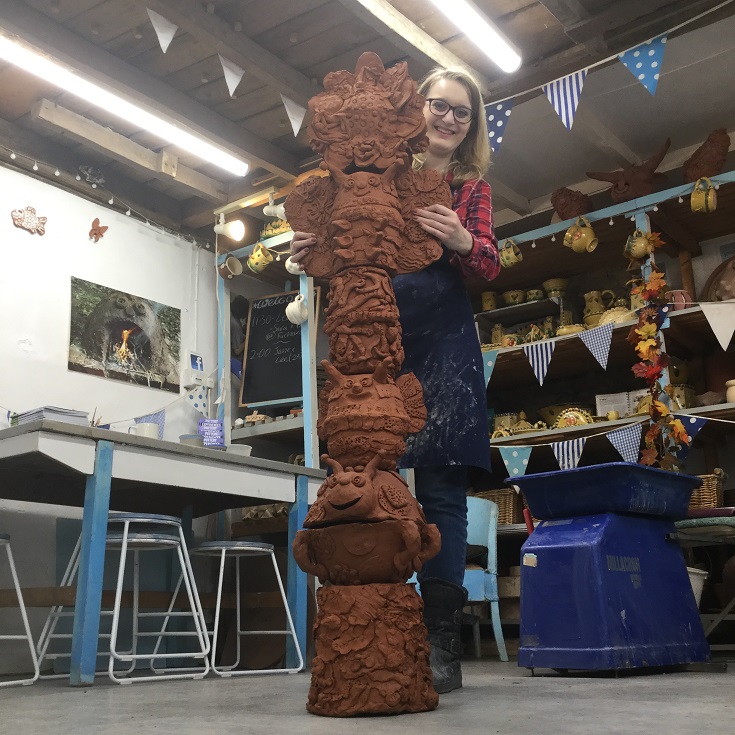 The residency took place over two days and Jon set up his mobile pottery studio in the adjoining Parkside Middle School art room. Individual classes took turns to visit the art room to make their modelled contribution to the sculpture before the piece was transported away to be fired in sections at Eastnor Pottery.

Jon has now delivered the separate pieces of the totem and the whole artwork will be erected in the children’s Well Being Garden. As soon as it’s up, well get some photos of the totem in-situ and publish them here on the blog. 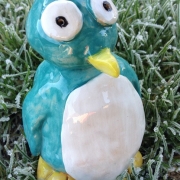 It came to our attention earlier it’s World penguin Day!

Did you know there are 17 species of penguin and all of them live in the Southern hemisphere?

Not sure how you’d classify them but here’s a selection of pottery penguins made by our lovely workshop participants. 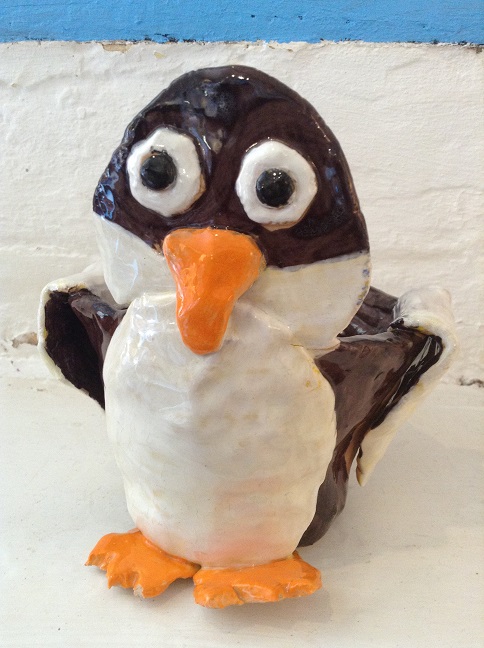 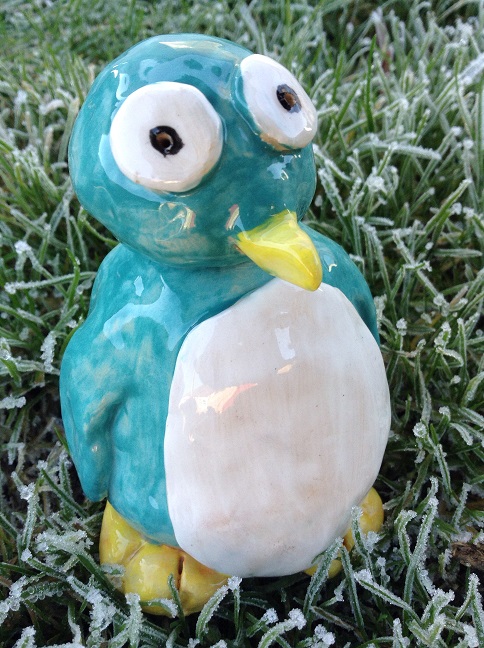 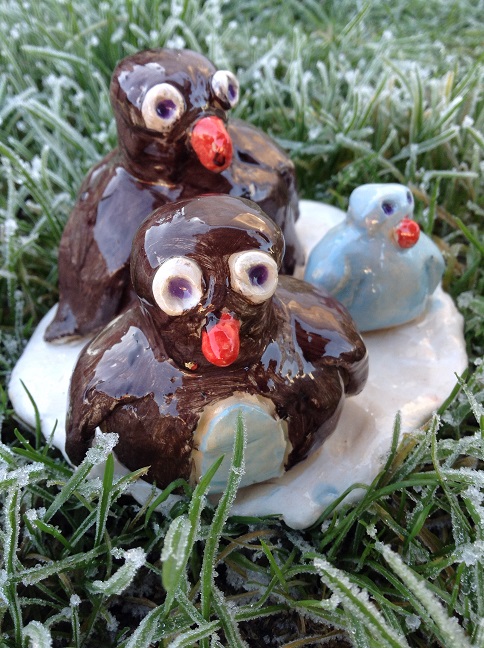 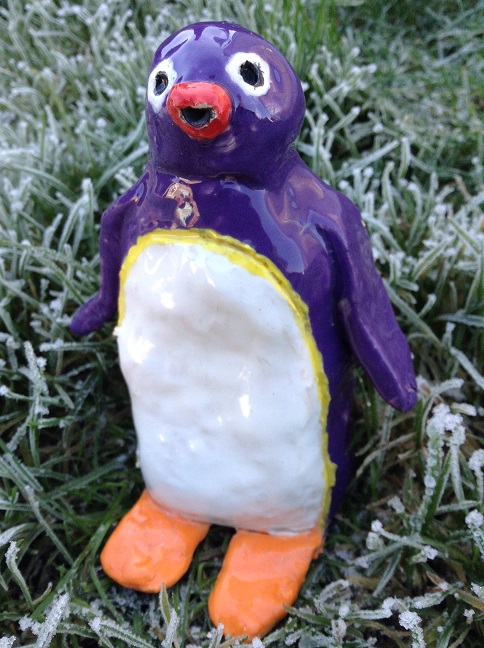 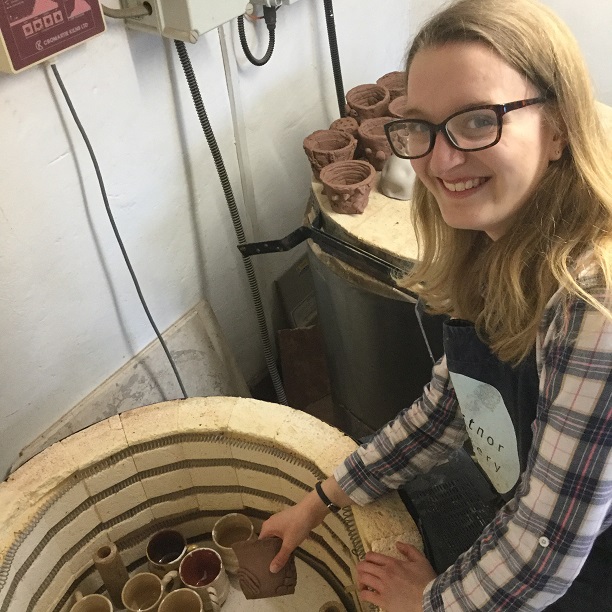 Once visitors have left the Pottery having had a fabulous time creating their clay masterpieces, they may be interested to know what happens to their ‘makes’ left behind. Aimee is the key person responsible for the aftercare of customers work as it makes it’s journey from clay to ceramic. She describes part of the process below:

“After our customers have made their pots and decorated them, there are a few processes they will go through before customer and pot are re-united.

Clay is left to dry out until it is bone dry and there is no moisture left. This can usually take several days but we use the assistance of radiators and fan heaters during winter and the sun’s rays during summertime to speed up the process a little bit. Whilst clay dries, it shrinks by a small amount of about 5-10% so it’s also important not to expose clay to too much heat too quickly as this can cause it to crack.

Once pots are dry, they are ready to be fired. They have to be fully dry as any moisture still within a pot when being fired will evaporate, potentially creating air bubbles which may cause a pot to ‘explode due to there being nowhere for the air to be released to. This is why clay can’t be made too thick or projects such as pinch pots need an airhole. One way to tell they’re dry is how they look visually. With the grey stoneware and red terracotta clays we use, pots dry a lighter shade compared with when they are freshly thrown off the wheel. Another way is the ‘cheek test’ by placing the base of a pot to your cheek. A dry pot is usually cold and you can’t feel any moisture on you cheek.

All pots go through 2 firings. The first firing is known as a bisque where pots go through the change from clay to hard pottery. At this point, pottery is still quite porous which means it will later absorb glaze easily. A bisque firing reaches a maximum temperature of 960 degrees – very hot! This firing gives a matte, pastel-like effect and can be chalky at this point. 573 degrees is the temperature point in a bisque firing where clay changes its state to hard pottery and becomes irreversible. The term is called Quartz Inversion.

The second firing pottery goes through is a glaze firing. We use a clear glaze which is what makes pots waterproof and functional. Pots are dunked in the glaze and their bases are wiped. The reason for this is so that they don’t become stuck to the kiln shelf. A glaze firing has a maximum temperature of 1080 degrees – even hotter! Between 1000 and 1120 degrees is where the pottery changes state again from bisque to the final product. This final firing produces the final product making your pots functional, dishwasher proof and usable

Fun fact: When packing kilns, pots can touch each other in a bisque but not a glaze. The reason for this is because as the glaze melts, any pots touching will become stuck together during the cooling down process of the firing.”