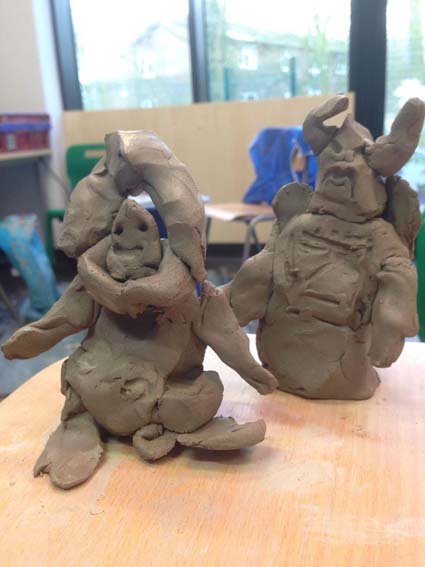 Jon recently spent two creative and inspiring days working with the young people at Tettenhall Wood School in Wolverhampton, an educational setting specializing in students with a wide range of autism.

Arts week co-ordinator Maggie had worked with Jon in another SEN school and was keen to introduce her current pupils to the delights of working with clay in an exploratory and open ended fashion.

There were some ceramic outcomes  – eg Zurg and Buzz Lightyear beautifully sculpted in a matter of minutes, but on the whole it was all about the potter’s wheel and the fluid, silky consistency of slip and soft clay.

The sessions were gloriously messy and by the end of the day the art room was well and truly splattered, a testament to the enjoyment and enthusiasm in which the students approached the material.

One student was initially unimpressed by the mess and stood a long way from the wheel vocalizing her disapproval at being in the space. Through-out her protest, the individual in question watched the other students take their turn on the wheel and as her mood calmed, she was encouraged to step a little closer. Eventually and with a little more coaxing she was handed a pencil to interact with the spinning clay. She used the pencil to create marks, spirals and swirls before downing the tool and tentatively touching the clay with the tip of her finger. Next thing, both hands were clasped around the lump and a broad smile stretched across her face. All this inside a very short space of time – naught to sixty in 20 minutes! 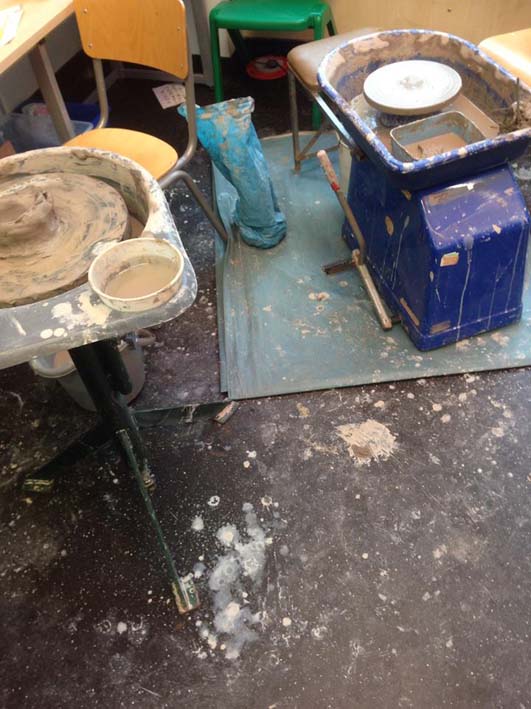 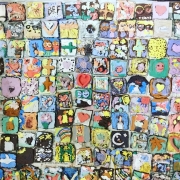 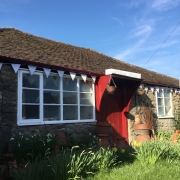 Clay workshops in the Fresh Air 2013